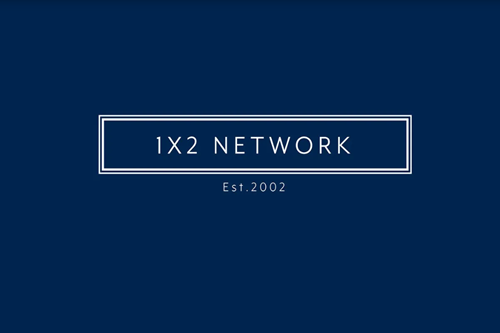 The award-winning online casino content provider 1×2 Network announces its debut in Lithuania with popular operator Unuclubcasino. The game aggregator continues to deploy its ambitious international expansion plans through this deal.

This deal will see Uniclubcasino players gain access to top-performing slots from the network’s 1x2gaming and Iron Dog Studio subsidiaries. Those include Megaways titles such as Rainbow Wilds Megaways, 1 Million Megaways BC, and Megaways Jack.

Players will also have a chance to enjoy the thrilling experience offered by other slots in the 1×2 Network portfolio. Some of them are Jester Wilds, Book of Ba’al, and Smoking Hot Fruits. Each of these slots features plenty of big win potential that will keep players at the edge of their seats.

1×2 Network’s full suite of slots will be available to all operators targeting the regulated Lithuanian market. Especially where the provider believes its titles will be a big hit with players.

The developer has significantly expanded its geographical reach with certifications in the Netherlands and Denmark markets. 1×2 Network is also live in jurisdictions including the UK, Isle of Man, Malta, Gibraltar, Sweden, Spain, Italy, Colombia, Greece, and Germany.

1×2 Network’s Kevin Reid says: “We are also thrilled to have made our debut with Uniclubcasino, one of the leading brands in the country. The addition of our games will allow the operator to deliver more quality and variety than before.”

Players will also have the opportunity of enjoying the developer’s recently launched Bonus Upgrader. This feature allows players to select which of the game’s bonus features they wish to buy. Thus playing it at the level that suits them.

Uniclub’s Martynas Matelevičius adds: “It is partnerships such as this that have allowed us to emerge as a leader in the Lithuanian market. We look forward to cementing that position by continuing to offer our players content from the best developers in the business.”