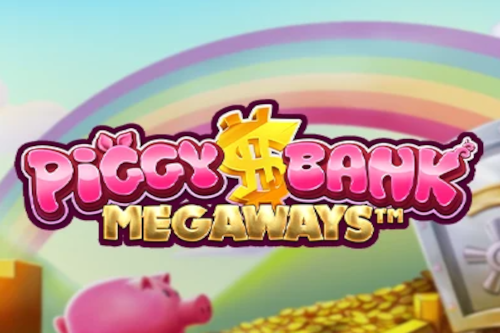 At the beginning of September, first of the month, iSoftBet has launched its brand-new title called Piggy Bank Megaways slot. This IGT PlayDigital software developer has packed their new slot release with a whopping 117,649 ways to win and a glorious maximum win of 12000x the players original bet.

What is Piggy Bank Megaways Slot

Piggy Bank Megaways slot is a tried and tested iSoftBet slot that takes on a light-hearted approach and feel. Players will be attempting to break the illustrious piggy bank and score payouts similar to iSoftBet’s previous title Pinata Fiesta where players attempted to break a pinata. In order to win Piggy Bank Megaways players will have to arrange the appropriate number of identical symbols on adjacent reels. Furthermore, the game pays left to right and features a massive 117,649 ways to win.

Additionally, some of the special mechanics in the game are the cascading wins and chunky oversized symbols. The former means that with each win, new symbols will fall to replace the old winning ones for multiple wins per spin. The latter introduces more chances to win with larger symbols. To top it all off the game also features the familiar wilds which will replace any symbol for a winning combination.

Apart from the entertaining base game mechanics, there are also exciting scatter symbols. Landing five or more of these coin-shaped symbols will trigger the Piggy Rich Cash Respins. This is where the cash values of coins, along with the jackpot symbols, are potentially collected with each spin.

The player starts with 3 respins and each time they land a new coin symbol, the respins reset to 3. Filling an entire reel with scatter coin symbols during this feature triggers a multiplier. All values will be multiplied by the number of spaces on the reel.

iSoftBet’s Mark Claxtonsaid said: “Piggy Bank Megaways™ offers a fun theme and thrilling features which, when coupled with the proven and popular Megaways™ mechanic, provides great slot action and entertainment for the players.